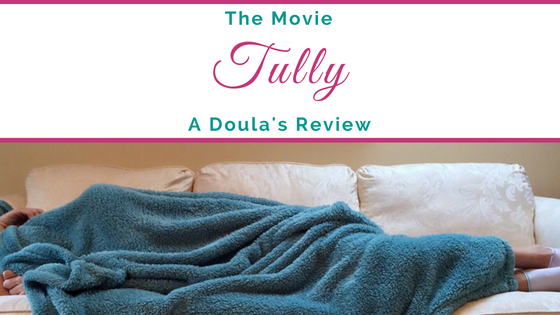 Last month I took a lot of personal heat when I spoke out against the assumptions against the movie Tully.

A few bloggers had offered up their negative opinions, sight unseen, as had many friends and fellow doulas on Facebook. A lot of people accepted their critique as fact, in spite of the fact that those giving opinions on it, had not actually watched the movie.

Anyone that knows me knows I prefer to have all the information before making a judgment, usually. That was the case with this movie and I pledged to watch it.  Preferably with the doulas who work with me at Tucson Doulas.  Schedule conflicts prevented that from happening as a group but I committed to going, alone if necessary.

Now that I’ve seen the movie, I’d like to offer my critique.

Very detailed spoilers ahead. Review content addresses perinatal mood and anxiety disorders and may be triggering for some readers.

As I sit here at my keyboard with this movie fresh on my mind, I have many thoughts. This movie isn’t a comedy, why some have listed it as a comedy is a bit puzzling.  From the start, it was clear that this was a drama.  A real, raw drama. Sure there were moments of sarcasm that I deeply identified with and turned up the corners of my mouth, but comedy it most certainly was not.

In the opening scenes, a heavily pregnant Marlo sways into her son’s room and I quickly realize, the child is autistic. As Marlo counts the brushing strokes she gives to her son’s body in an attempt to help decrease his overall sensitivity, the foreshadowing becomes clear. The dark undertones of this movie were clear from the start.

This mother is taxed. She may even be close to her limit.

As the movie progresses, there are clear signs of emotional disconnect, right from the start. I wonder if Marlo has a history of PMAD (perinatal mood and anxiety disorders). Later in the movie, Marlo’s husband and brother mention that they hope that this time isn’t like the last time after the baby is born.

At what appears to be her breaking point, Marlo informs her husband that she is going to call the night nanny for some overnight help.  Initially, her husband is questioning of her decision but then offers support. During a scene after the birth, Marlo’s brother indicates that “I just want my sister back.”

What follows is a series of emotional outbursts, including one at her son’s school where she tells the principal that the upset that they are seeing is how her everyday life is. They just don’t get to see it. The son is dismissed from the school, the family will have to find another school for their “quirky” child.

I had an unfair advantage. Going into the movie, I knew that “Tully” wasn’t real.

It was clear to me that Marlo had moved from depression and emotional disconnect into what I can only assume was mania. The scenes that followed only supported my assumption. After “Tully’s” arrival, many deep discussions happen between Tully and Marlo.

Marlo expresses that she’s not the mother she had envisioned herself to be.  One that bakes cupcakes, and hosts classroom parties.  When she wakes the next morning the kitchen is clean and there is a fresh batch of perfectly iced cupcakes on the table, ready for her to take to school.

Marlo welcomes “Tully” into her bed and encourages her to have sex with her husband. “Tully” is dressed as her husband’s high-school fantasy. Later Tully and Marlo go out for a night on the town. As the end draws near, it’s clear that Marlo is in trouble, even to those unaware of the plot line.

On a ride home from the city “Tully” and Marlo have a conversation in which the language switches from “me” to “us.” The picture starts to become more clear. Marlo falls asleep at the wheel and crashes into the water. “Tully,” in mermaid form, rescues Marlo from the SUV.

Marlo wakes up in the hospital where her husband discusses with a doctor that he feels she is well rested and doing better after this baby than she ever has before. The doctor informs him that she’s from psychiatry and that they believe Marlo is suffering from extreme sleep deprivation. While filling out paperwork at the nurse’s station the nurse asks Marlo’s maiden name, her husband replies offhandedly “Tully.”

Tully was not a real person, not a night nanny, Tully was a manifestation of Marlo’s psychosis, a younger, wiser, more stable version of her present self that had broken from reality.

In a trite ending, the husband apologizes for not being physically and emotionally present, and the movie ends.

This movie has left me with conflicting feelings.

The very real issues of PMADs are touched on in very real ways. But to only to the trained or experienced eye. The depression, mania and what I would label postpartum psychosis is so clearly evident.

Yet there is so much opportunity in this movie to educate. To open conversation. Create awareness. At every turn is a missed opportunity to bring a deeper awareness and understanding to the very real issues of perinatal mood and anxiety disorders.

As the movie ended, I asked my husband what it was about.  His reply, as a husband to a doula for the past 19 years was “A woman and her imaginary friend?” This is a man who lives with a wife and two daughters who suffer mood disorders.  For me, panic and anxiety are real. The emotional outbursts that Marlo had that were angry, vocal, loud. That woman is also me. Yet my husband didn’t see me in Marlo. I was heartbroken. 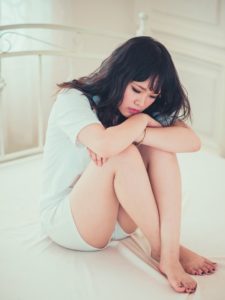 Who I saw was even more heartbreaking. I saw my mother.

My mother who by all accounts had what we can only assume was postpartum psychosis that resulted in her taking her own life.

My whole adult life as a doula I’ve vowed to turn my tragedy into awareness. So with that said, I am using this movie to create awareness.

Postpartum Psychosis affects approximately .1 to .2 percent of postpartum individuals. Which is 1-2 out of every 1000 births. The onset is often rapid and typically occurs in the first 1-2 weeks postpartum.

According to Postpartum Support International:

Of the women who develop a postpartum psychosis, research has suggested that there is approximately a 5% suicide rate and a 4% infanticide rate associated with the illness. This is because the woman experiencing psychosis is experiencing a break from reality. In her psychotic state, the delusions and beliefs make sense to her; they feel very real to her, and are often religious.

Individuals with a history of bipolar disorder are at a greatly increased risk of developing postpartum psychosis. According to Sharma and Mazmaian, 25% of new mothers will be diagnosed as bipolar as a result of a postpartum episode.  Additionally one of the most significant risk factors for postpartum psychosis is a previous diagnosis of bipolar disorder or schizophrenia as well as a family history either condition. Among women who have previously experienced postpartum depression or psychosis, there is a 20-50% chance of a reoccurrence in future births.

Symptoms of postpartum psychosis may include:

The good news is that postpartum psychosis is temporary and treatable with medication. Early identification and treatment are optimal and typically results in the best outcomes.

If you are located in the Tucson community and looking for resources or referrals please visit the Tucson Postpartum Depression Coalition’s website.  If you are experiencing a mental health crisis please call Tucson’s Mental Health Crisis Line at (520) 622-6000 or call 911 or visit any local emergency room for immediate assistance.