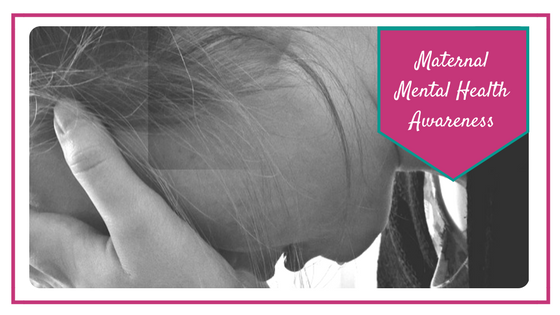 April 30-May 4th is Maternal Mental Health Awareness Week. This week is a week of promoting awareness of the incidence and impact of maternal mental health issues. It is also a time of great significance to me.

**Trigger warning for those who have also been affected by perinatal mood disorders and suicide.**

There was a significant lack of awareness and understanding of perinatal mood disorders in 1975. My family tried to get my mother help for her overwhelming depression and anxiety. She was taken to the hospital multiple times but sent home with no actual help. Having reached her breaking point and with no clear warning, she ended her life.

The details of that day are compelling and tragic. However, I won’t be sharing them here.

My mother’s life story though is one of increased risk.  Today she would be a mother that we would watch carefully, surround with support and vigilance. She grew up in the foster care system. The child of an affair between two individuals who were self-medicating for their mental health issues. The result of which ultimately ended their lives years later, victims of the complications of addiction.

My mother didn’t know her father until she was 18. Less than a year after finding him, he died from complications of alcoholism. Somewhere in that mix she met my father, became pregnant with me, and was married. It’s no surprise to us in 2017 that her mental health was in danger before I was ever born.

Since becoming a doula, the awareness for perinatal mood disorders in my work with families has been a focus of my ongoing education.

If you or a family member are reading this and a mood disorder is impacting your life, you’re not alone. According to Postpartum Progress, about 20% of those who have given birth recently, or 1.3 million individuals each year will suffer from a postpartum mood disorder. The Journal of Affective Disorders reports that postpartum anxiety may be more common than postpartum depression among pregnant and newly delivered individuals. Postpartum Post-Traumatic Stress Disorder may affect up to 9% of new parents, and those who have experienced a traumatic birth are at increased risk according to Postpartum Support International. Although postpartum psychosis is frequently talked about, the incidence is much lower at 1 to 2 women affected out of every 1000 births.

In the links provided above, you can find more information and support.

If you are located in Tucson, please visit the Tucson Postpartum Depression Coalition for access to local support services and support groups.

In Memory of my mother Donna Greenleaf and my friend Naomi Knoles.

“Do not let the shame of these thoughts stop you from reaching out for help. Shame will tell you not to talk to anyone. Shame will lie to you and tell you that you are a bad mother. But it is not true!  You are not a bad mother. You need help. There is hope and healing if you would only reach out.”